Keble College is one of the largest Oxford colleges. Its unique design will please any architecture fan, especially if you enjoy Victorian style.

Keble College may not be as well known as some of the older colleges nearby but it’s certainly worth your time especially if you like a bit of drama. This revolutionary building stirred controversy at the time with its neo-gothic architecture.

The first thing you will notice upon your visit is the difference from the majority of Oxford colleges – the red brick with yellow and blue brick patterns so different from the predominant Cotswold limestone used across the University of Oxford and the Oxford city.

Kebel’s unique style was a concept of architect William Butterfield, who filled Kebel’s impressive space with Victorian Gothic architecture. The college design is considered Butterfield’s masterpiece which consists of sturdy bricks of various colors, stonework, encaustic tiles, and other materials in a lively but serious way. Keble’s buildings are also notable for breaking from Oxbridge tradition by arranging rooms along corridors rather than around staircases, in order that the scouts could supervise the comings and goings of visitors. 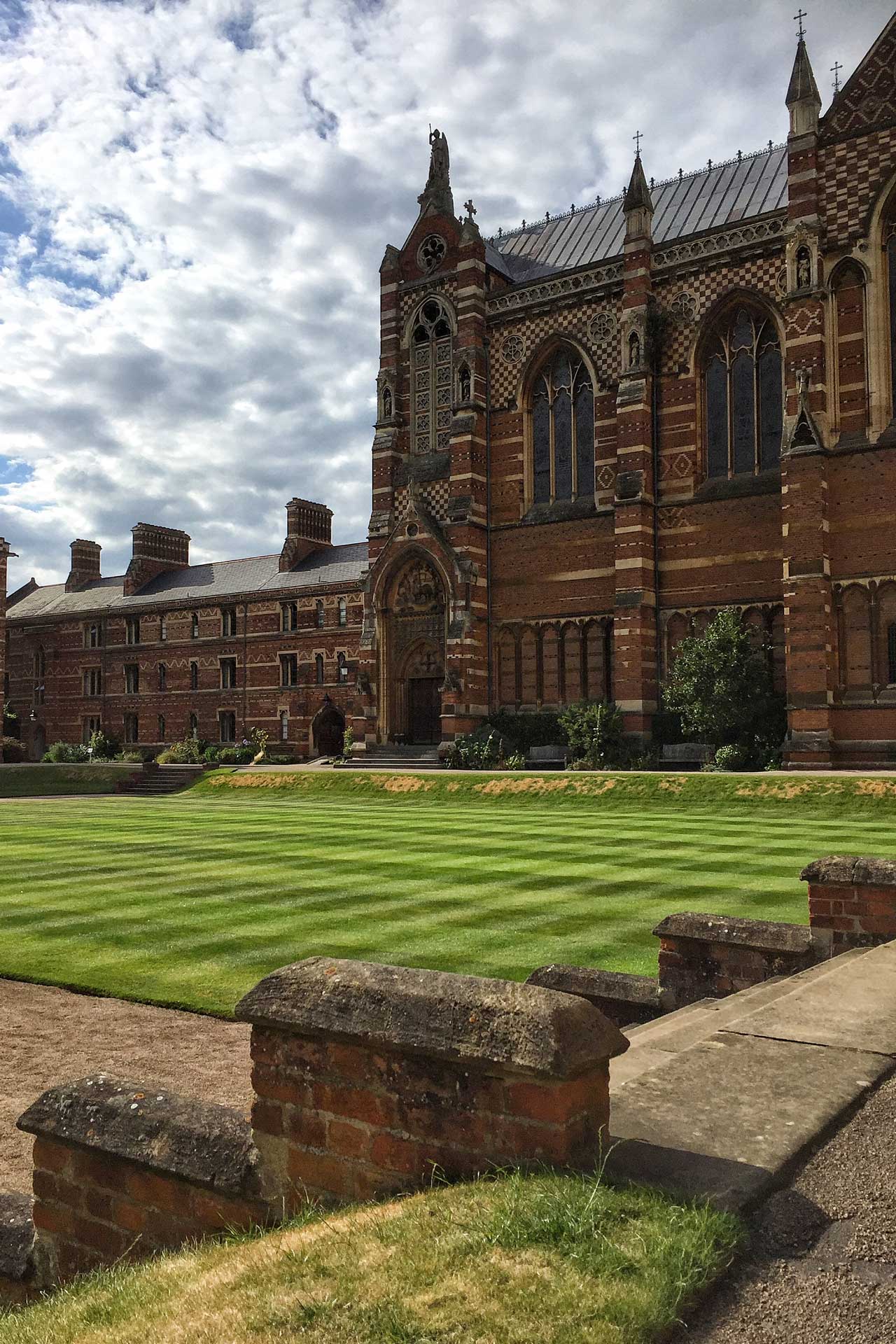 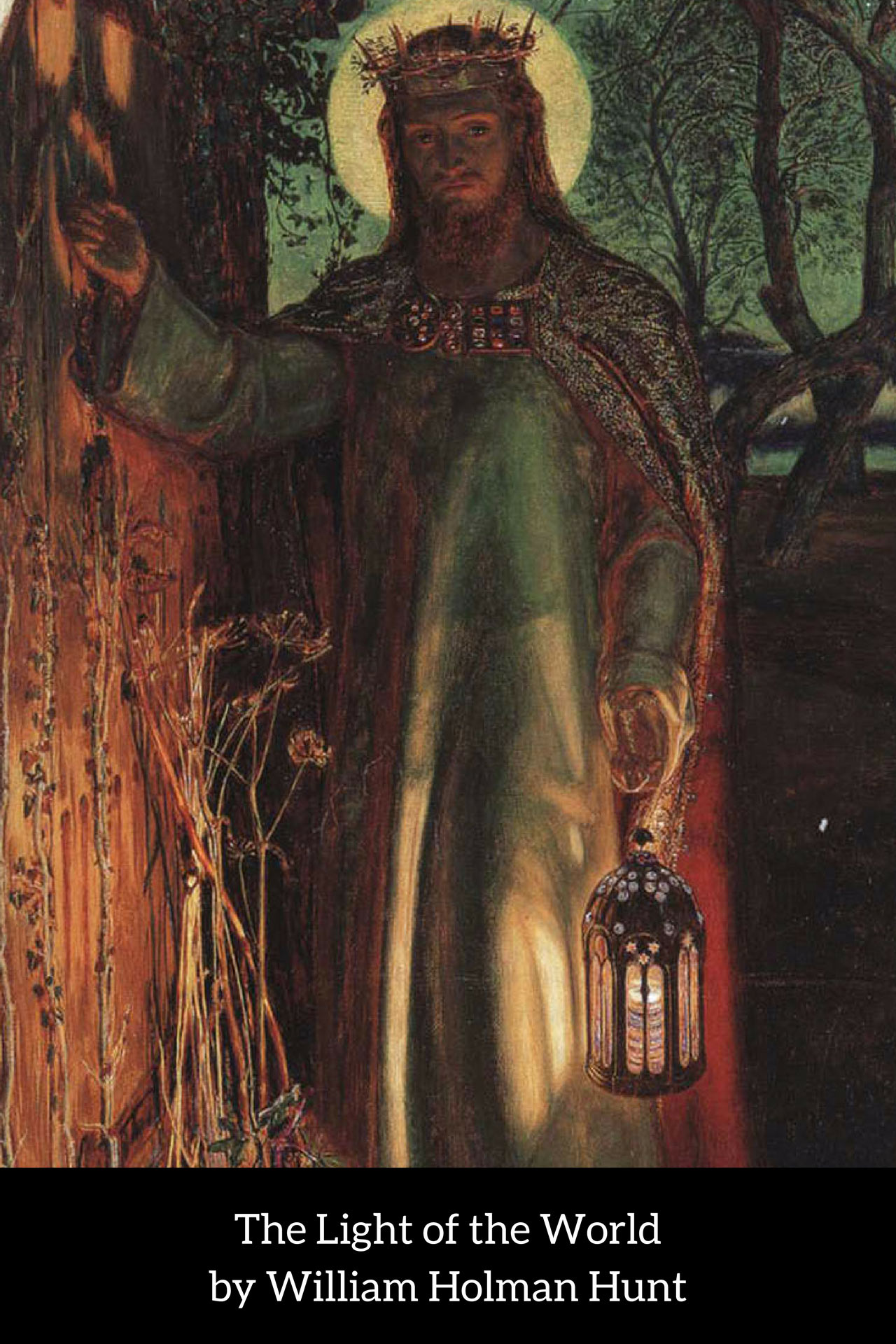 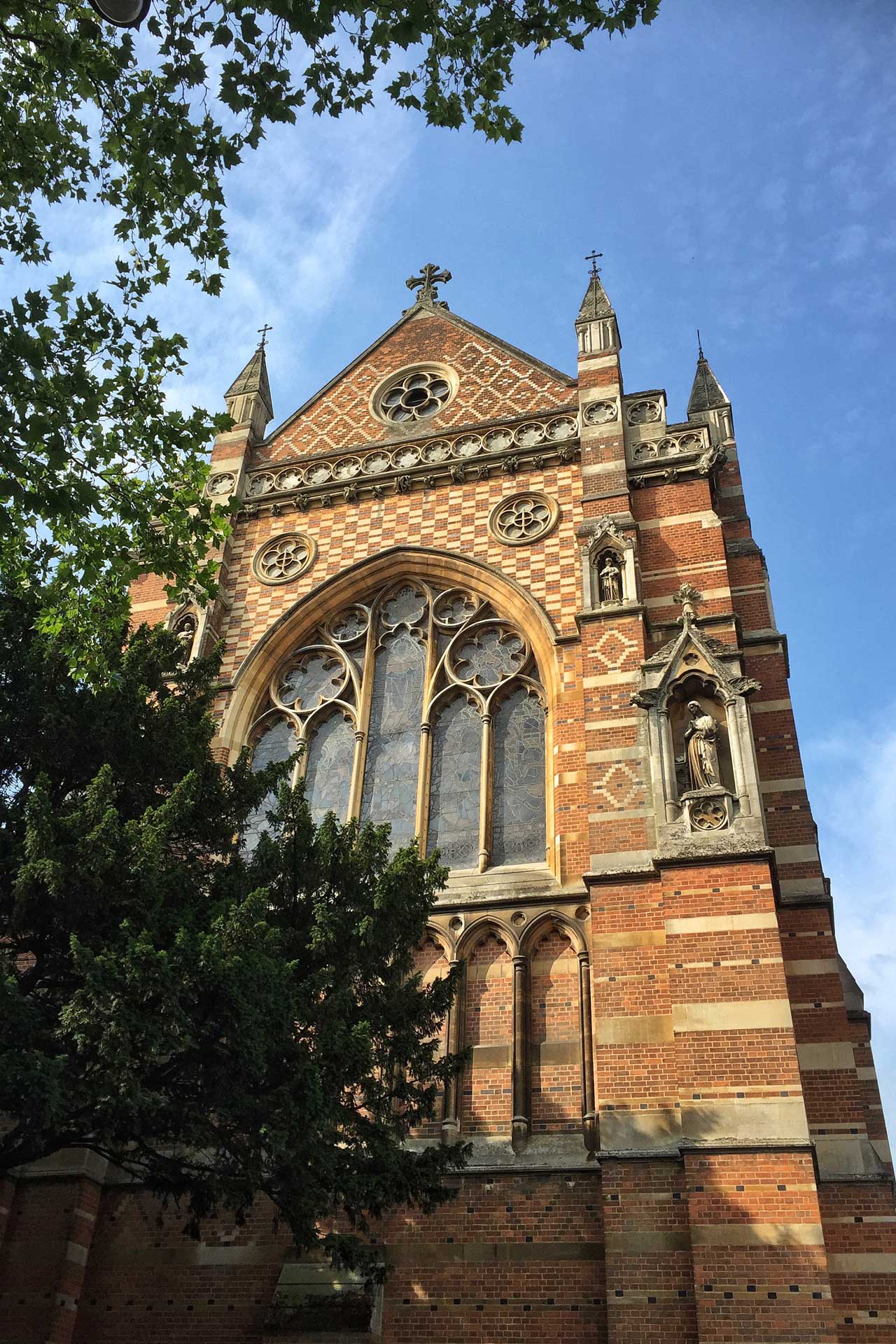 Sadly in the past Keble’s appearance wasn’t widely admired, it was generally believed that Keble College was “the ugliest building in the world”. An apocryphal story claims that a French visitor, on first sight of the college exclaimed C’est magnifique mais ce n’est pas la gare? (“It is magnificent but is it not the railway station?”).

On its construction, some students of St John’s College (from which Keble had purchased their land) decided to take matters into their own hands. They formed a secret society which aspiring members were encouraged to remove a single brick from Keble College, one brick at a time. A red brick was necessary for ordinary membership, a rarer white brick for higher-level membership, and one of the rarest blue bricks for chairmanship.

Luckily as times have changed this Victorian masterpiece gained the well deserved recognition.


Founded by Edward Pusey, a leading member of the Oxford Movement in 1870, the College was named after John Keble, one of Pusey’s colleagues in the Oxford Movement. For many years Keble stood out from other Oxford colleges on an ordained clergyman as Warden and in the number of its students who went on to serve as clergy. Nowadays Keble is know as one of the largest Oxford colleges with 432 undergraduate and 317 graduate students.

The College contains four quads: Liddon (the largest), Pusey, Hayward and Newman. The original fellows garden was lost during extension, as were a range of houses on Blackhall Road.

The best thing about Keble is the huge chapel which is home of the exquisite painting by pre-Raphaelite painter William Holman Hunt, called ‘Light of the World’. Many visitors go to Keble specially to see this painting of Jesus holding a lantern in a dark scene. There is so much symbolism captured in piece of art, it’s remarkable!

The inside of the chapel is covered in mosaics with gothic arcades where you can also admire the vaulted roof. While visiting the chapel try to stay a long time and take a good look at its astonishing interior.

Did you know… Keble College was the first college to issue stamps. In 1871, only 1 year after it was founded, the college issued their own stamps to be sold to members of the college so that they could pre-pay the cost of a college messenger delivering their mail. Sadly this service was stopped in 1886 by the British Post Office.

If you get the chance make sure to enter Keble’s impressive Hall to see stained glass windows, long tables and walls decorated with portrait oil paintings.

The most striking feature of Keble’s quad is the large sunken area in the middle. Until recently it was thought that this was a deliberate feature designed by Butterfield, but research has revealed that the land was formerly a quarry and earth needed to build up the terraces and form the quad was bought in by Butterfield, costing up to a shilling a load.

During summer there is also an opportunity to stay in here as the College serves a role of a bed and breakfast.

It’s a great solution for those who are not worried about luxury and would be pleased with a basic student accommodations. Breakfast in the grand hall might be the biggest highlight of your stay. 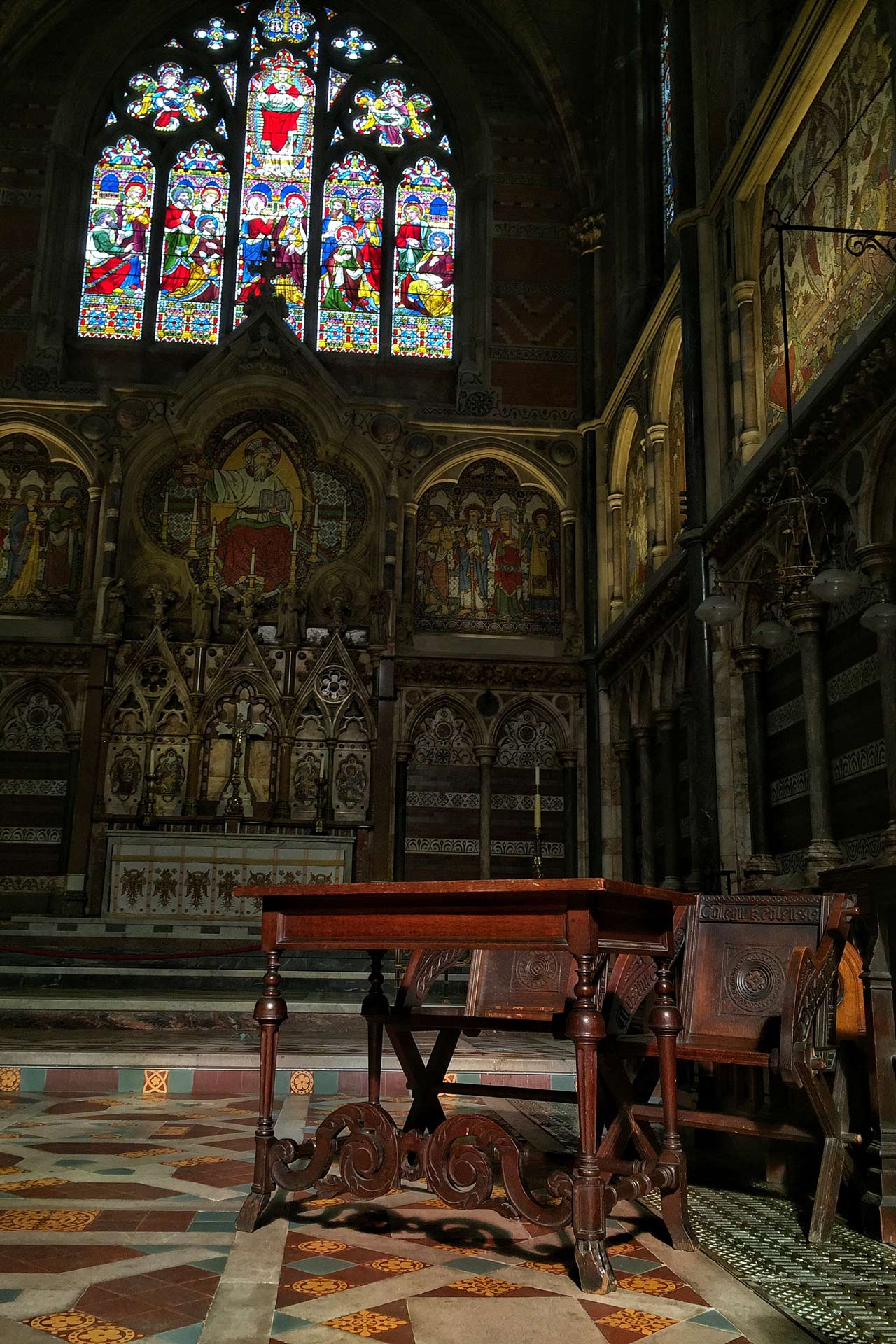 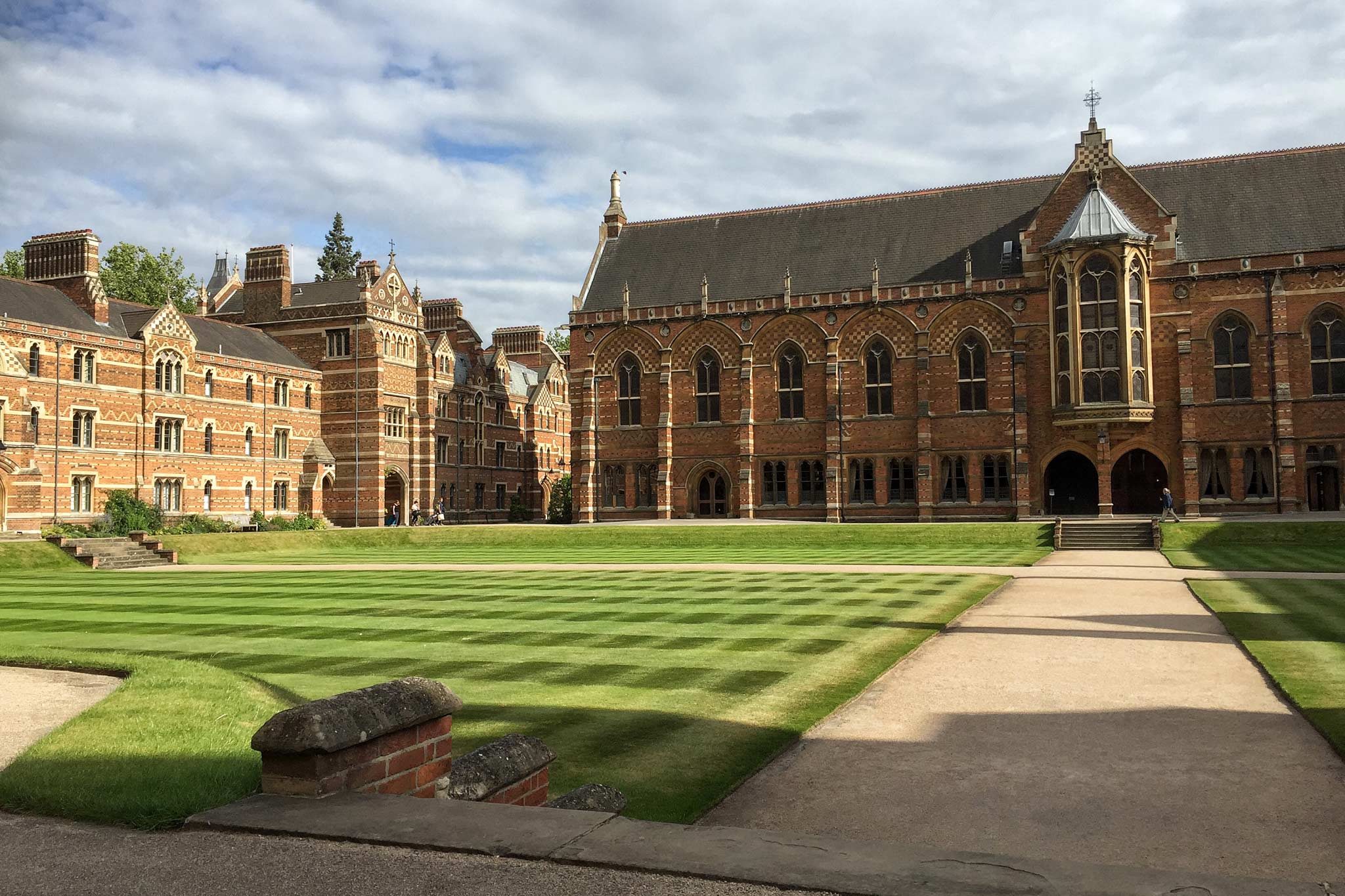 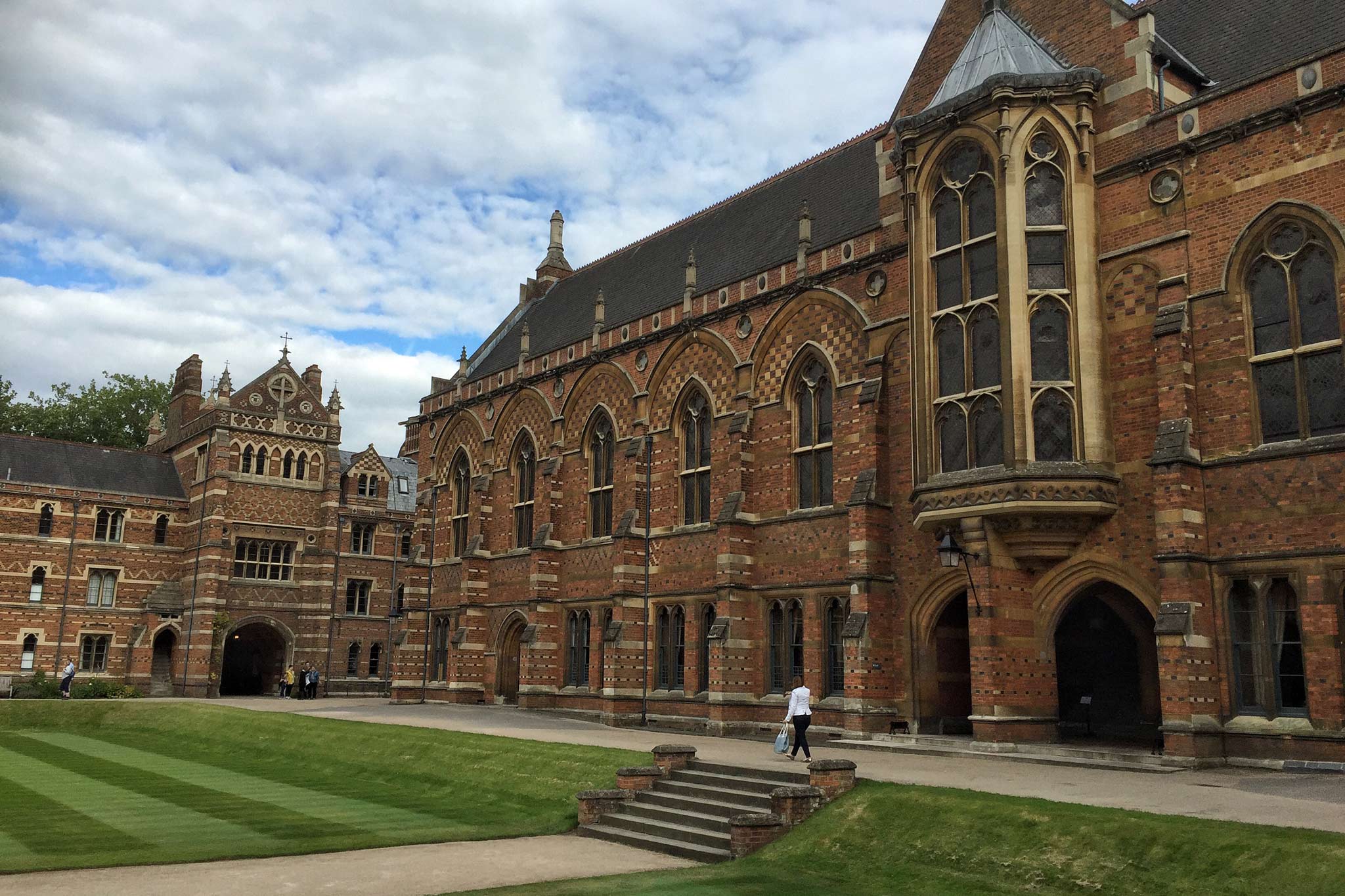 Tickets and Prices:
Visiting college is free of charge at any time during daylight hours.

Where to go next:
There is no better place to rest after your visit to Keble College than the University Parks or Museum of Natural History and Pitt-Rivers Museum, which are just across the road.

Concerts:
Keble College Chapel Choir has existed for about 120 years, singing the weekly services in the College Chapel. Find out here when is best to visit to hear their famous choir singing by candlelight.