Trinity College will make you want to become a student once again. During your visit have a wander around and admire its atmosphere at your own pace.

You’ll probably recognise the beautiful iron front gate used on so many films and TV programmes such as Lewis and Brideshead Revisited. Trinity College, one of the smaller colleges and a home to approximately 400, will charm you with its award-winning lavender Fellows’ Garden and water feature formed by Jacobean stone heraldic beasts.

The college was founded in 1555 by Sir Thomas Pope on land previously occupied by Durham College. The only surviving remnant of Durham College is the old Library which dates back to 1421. As for Sir Thomas Pope the college was intended to become a family legacy and allow the family’s name to be remembered through the prayers and masses sang by the college members. Therefrom the college is officially known as ‘The College of the Holy and Undivided Trinity in the University of Oxford’ but its name is usually shortened to simply ‘Trinity’.

The College remained a largely all-male institution until 1979, when (in common with a number of other Oxford colleges) it admitted its first women undergraduates. It is now fully co-educational and co-residential. 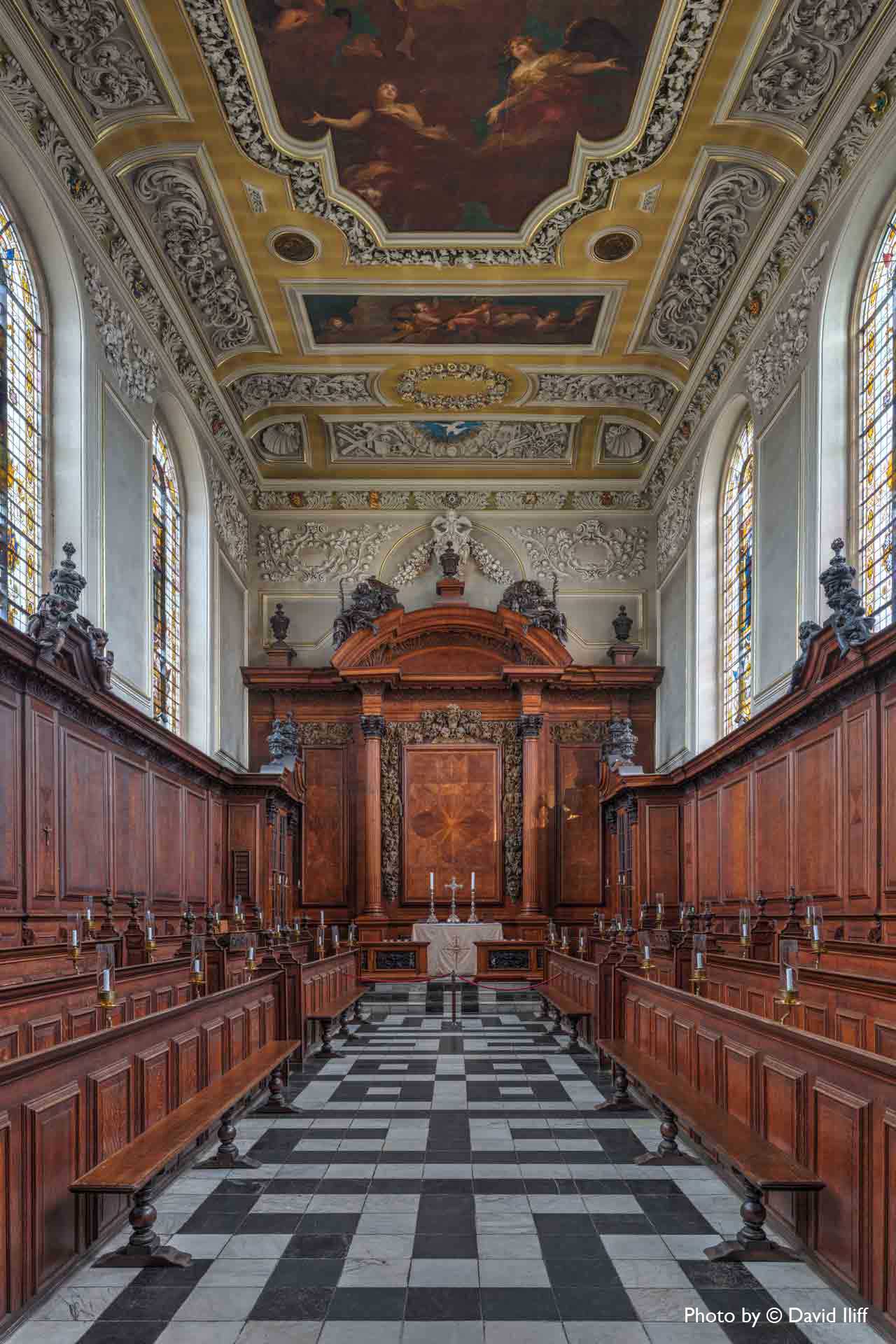 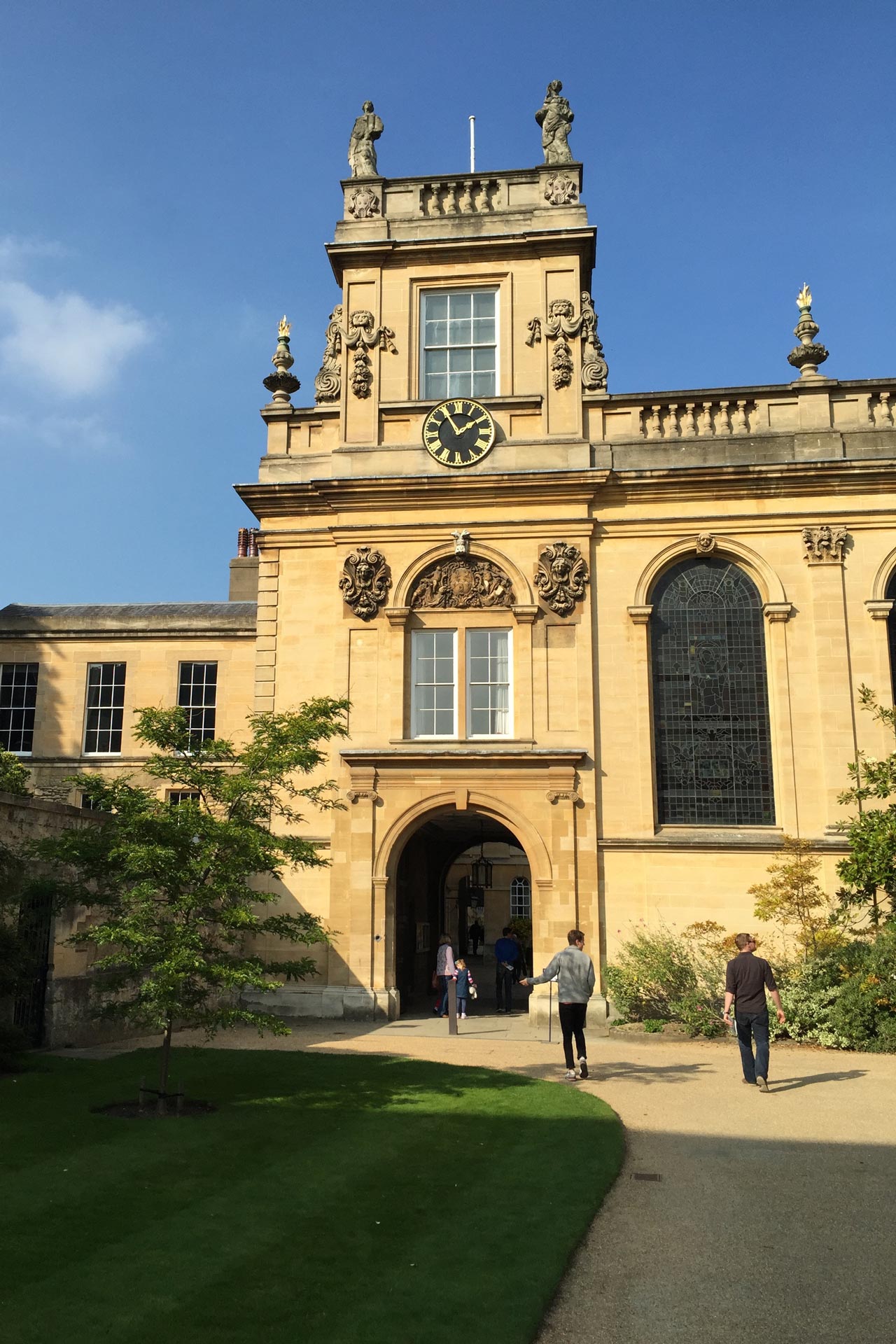 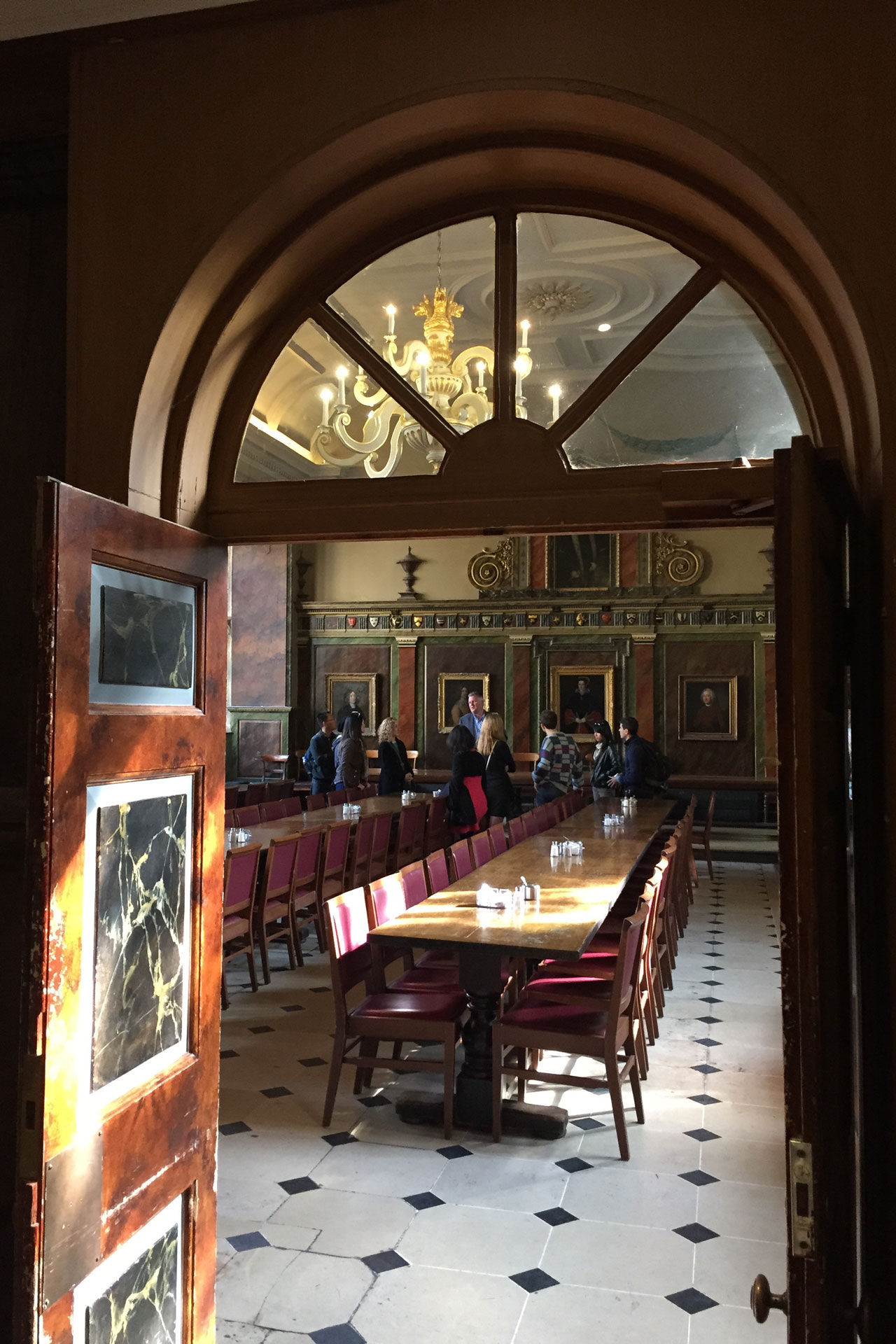 You may find of a particular interest the newly refreshed chapel with intricate workmanship of Grinling Gibbons’s carvings which partly was designed by Sir Christopher Wren. This is the only Oxford college chapel in which the founder is buried (to the left of the altar) who died only four years after he founded Trinity. Take a look at the work being undertaken to restore Trinity College’s magnificent chapel.

The chapel opened in 1694 to enthusiastic public acclaim. It became a destination for tourists, including Tsar Peter the Great of Russia, who tried to access it incognito in 1695 but was recognised by the crowds and left without seeing the chapel’s interior.

Another attractive place to visit is the Dining Hall where students are privileged to enjoy their meals surrounded by its beautiful architecture and old portraits. Here you can absorb the history, charm and character of the college which details were featured in episodes of Inspector Morse, Inspector Lewis, Endeavor and Undercover. 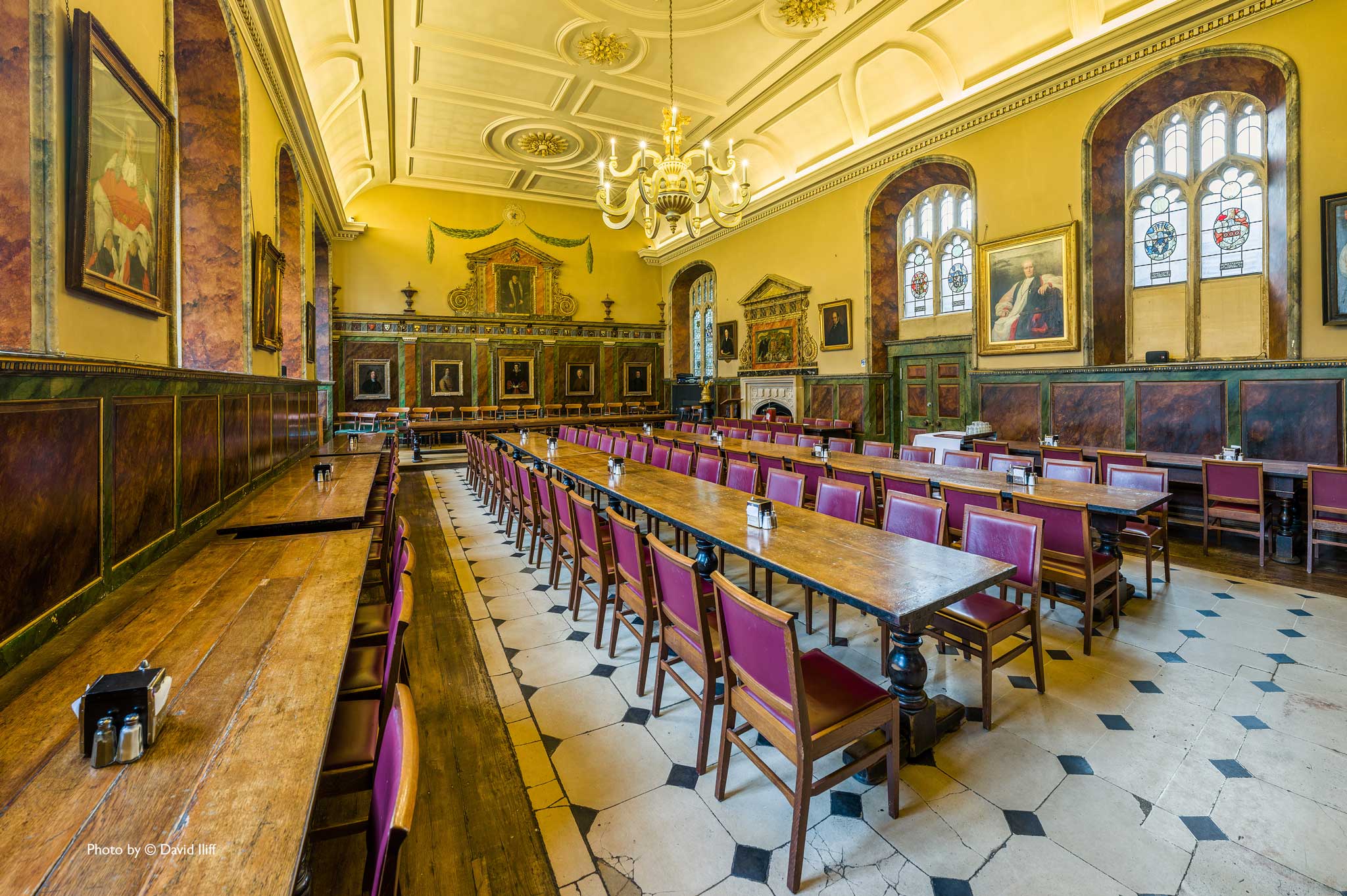 Trinity’s gardens are awashed with plant palette intended to provide colour, interest and texture throughout the year. While you stroll through the quad designed by Christopher Wrenmake make sure to take a look at Campsis x tagliabuana which covers the archway and is a real favourite with the visitors each summer.

The 5000 square metres of Trinity’s immaculate lawns which students and visitors can relax, have appeared in episodes of Inspector Morse and Lewis. You may also enjoy the Oxford Preservation Trust’s Environmental Awards 2003 winner, the lavender garden located in front of Kettell Hall and its key feature – the contemporary armillary sphere, designed by internationally-renowned sculptor David Harber.

Want to see more? Visit the full gallery and get to know Trinity College better. 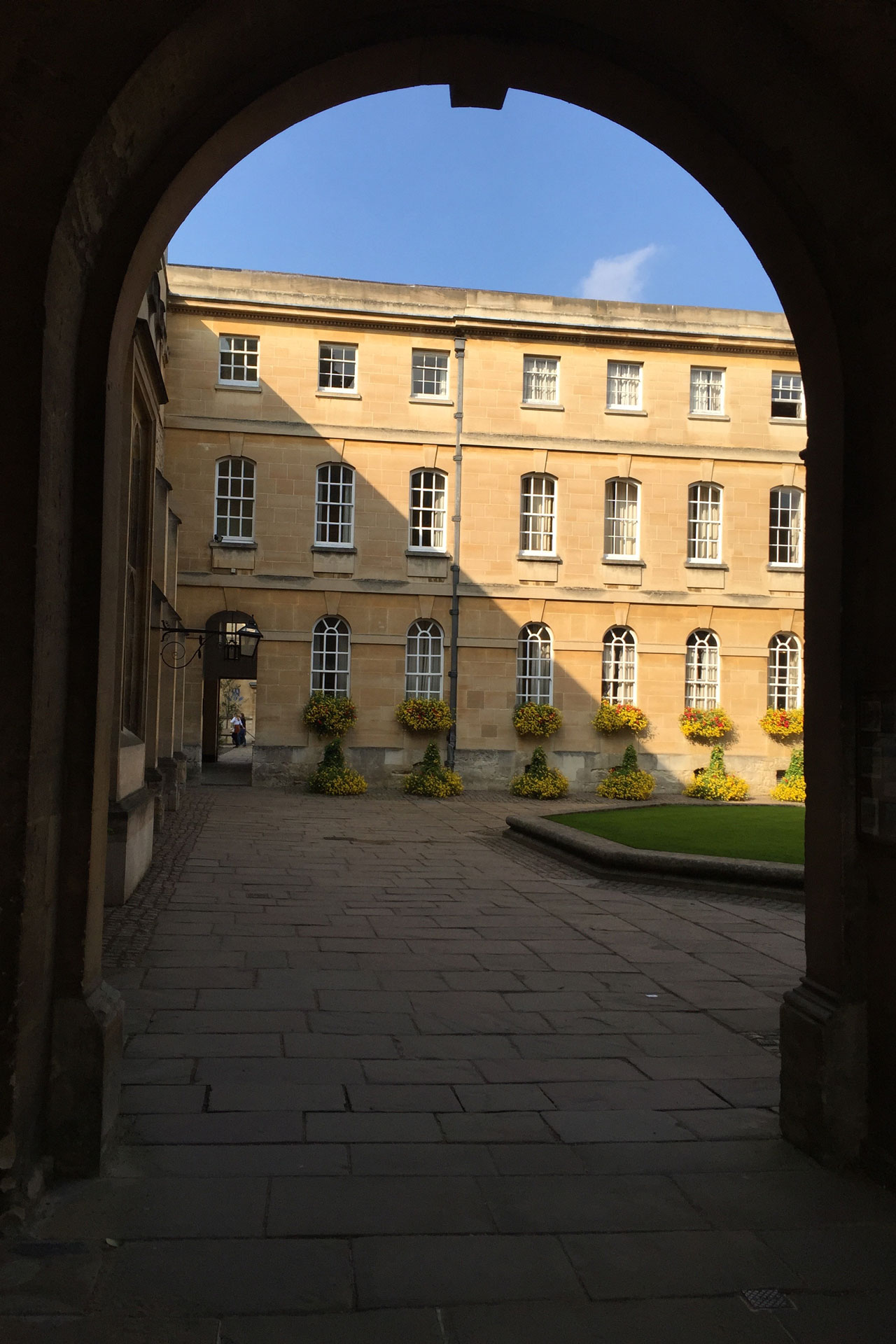 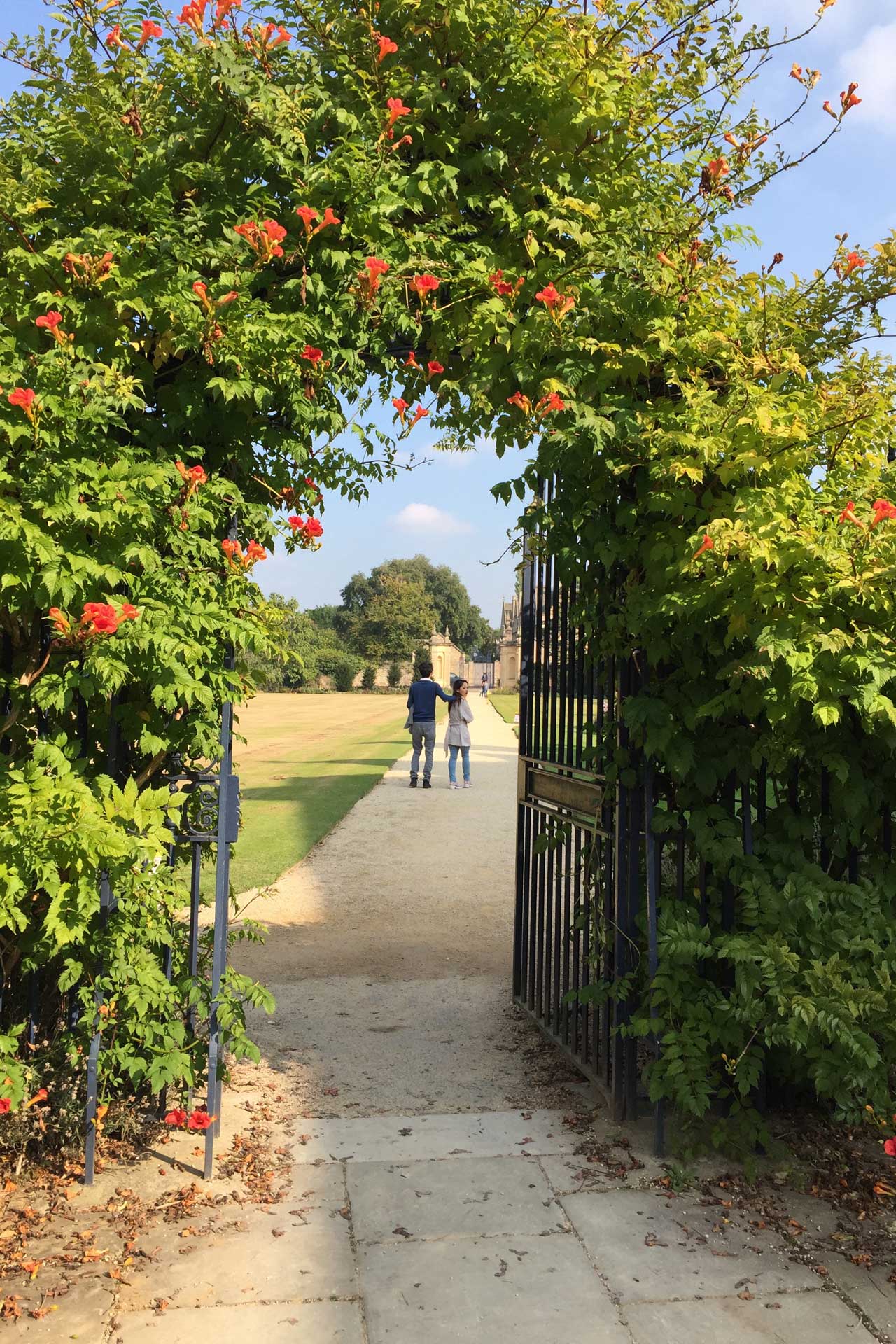 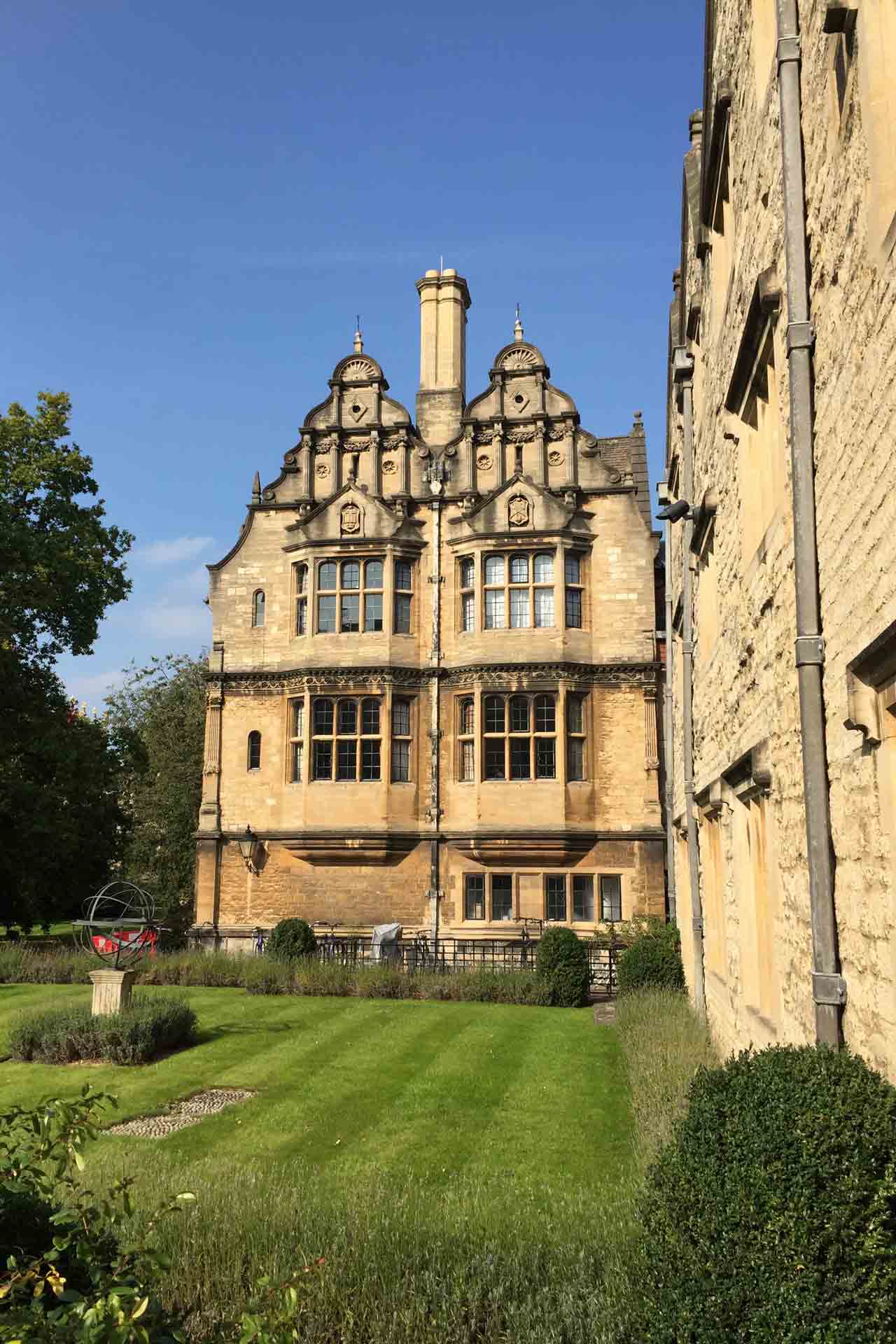 Opening hours:
Generally open on all Bank Holidays. Open throughout the Christmas period including Christmas Day and Boxing Day.

Tickets and Prices:
Students, senior Citizens and groups – £2 per visit
Adults – £3 per visit

Trinity–Balliol rivalry:
For many years, there has been a fierce rivalry shown between the students of Trinity and those of its neighbour to the west, Balliol College.